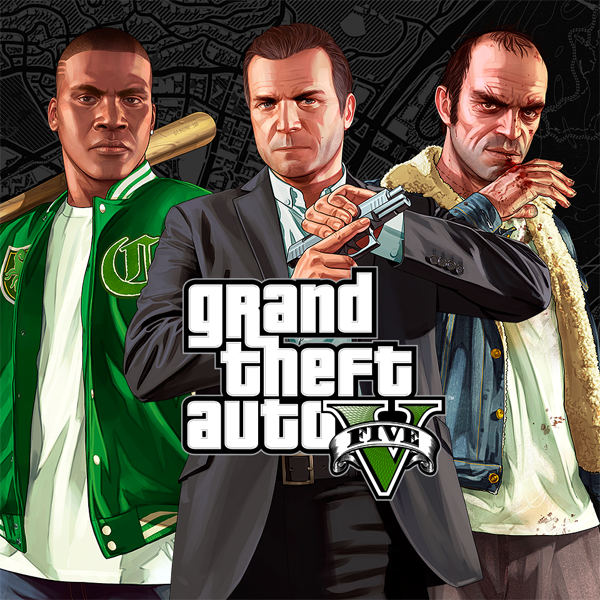 Finally! The day has come. Grand Theft Auto V is now available on all platforms. The PC version officially unlocked at midnight (UK time), and hundreds of thousands of gamers were already playing on Steam within hours. The PC version offers many enhancements and new features over the console versions, and Rockstar have today summed that up in a nice overview.

Check Rockstar's summary for more info, and remember if you're having any technical issues with the game you should use Rockstar's Support site.

As always you have a multitude of channels from which to discuss the game, including our own forums. Be sure to let us know your early impressions of the game and how it's performing for you.

Watch today’s video “An Introduction to the Rockstar Editor” for an overview of just some of the features of this powerful video creation tool including special camera modes, filters, depth of field and audio customization options - as well as the unique Director Mode feature that allows you to stage creative moviemaking sequences from a cast of characters ranging from familiar faces from Story Mode, to pedestrians and even animals. You’ll be able to upload your finished masterpiece to YouTube and to the Rockstar Games Social Club to share with friends.

Rockstar Games have just sent us an exclusive new screenshot from GTAV for the PC! Cheers guys! Other fansites were also sent exclusive shots, you can check them out at their sites: The wait is almost over... With less than a week to go until the release of Grand Theft Auto V for PC, today we have been treated to a round of hands-on previews from some major gaming sites. PC Master Race advocates have rightly had some concerns over this game, worrying that it may be a half-arsed port of the console versions (GTA IV's poor PC port didn't do much for Rockstar's reputation in this department), but the truth is, according to these previews there is no reason to be concerned at all.

Hands-on Previews
The following sites have hands-on previews of the game, which include some new screenshots too, so check them out if you wish. We've plucked a couple of choice parts from a few of them with regards to what's new or improved from console versions below.

GTAV for PC is already being called the "definitive version" of the game, and although it's arriving over a year after the console versions, it's sounding like that could certainly be a fair summation, and that it will all have been worth the 19-month wait. So why is it the definitive version? What is so much better about this version of the game that the PC Master Race will get to experience and the 45 million people who bought the game for a console didn't get?

Firstly, unlike console gamers, players on PC will have access to GTA Online from day one, including all the free DLCs that Rockstar have released over the past year, and the recent heists update. Players on PS3/PS4/X360/XBOne who are upgrading to the PC version will have the ability to transfer their console character's progress, so you'll be able to continue seamlessly on PC and won't have to start from scratch unless you really want to. Whether the servers hold up to demand on day one remains to be seen, but at least the game itself will be much less aggravating than it was when console gamers first experienced it.

Secondly, graphics. GTA V on PC will look far superior to the console versions, assuming your computer is powerful enough (minimum/recommended specs are below). You'll be able to make full use of your 4K monitor/TV when playing, on which you'll also see improved textures and animations at up to 60fps. PCGamer have an article up listing all the possible graphics options if you're curious. PCGamer also have some very reassuring words for skeptical gamers...

There's no doubt some skepticism based on some past ports of Rockstar games, like GTA 4, and the ongoing, slightly heartbreaking absence of Red Dead Redemption on PC might make you wonder how much the publisher values the platform next to consoles. Max Payne 3 was a vast improvement, though, and I see no reason to be concerned with GTA 5 either—this port looks incredible and I swore a hell of a lot (in a good way) at the gorgeous skylines during my hands-on. This is a handsome game.

I was shown the game in 4K resolution running at 60fps. The PC Rockstar was demoing it on is outside the price range of most consumers, with an i7 [email protected], SLI GTX 980, 32GB of RAM and a 256GB SSD, but that’s just to show off how pretty it can look. Rockstar says that even average rigs won’t have a problem getting great 1080p performance out of the game, which is encouraging. Scalability is a priority for them.

The ability to have a custom radio station has long been a feature exclusive to PC versions of GTA games. Once again you'll have this ability, however this time you'll even have the option to have some of the hilarious adverts play in between your tunes. As GameInformer explain:

Players have a few different options for listening to these custom soundtracks. You can play them sequentially, shuffle the collection, or have Rockstar integrate them into a radio experience complete with commercial breaks, station IDs, bumpers, and banter between DJs Cliff Lee and Andee, who you may remember from Lips 106 in Liberty City Stories. In the pause menu you can choose whether you want to have the songs play in the order you have them in the folder or to let the game analyze the collection and build a playlist order.

If you don't want to build your own station, you can enjoy some new tunes on the in-game stations courtesy of Rockstar. For the PC version, the developer added The Lab FM, hosted by Alchemst and Oh No, to the rotation. Artists featured on this eclectic new station include Earl Sweatshirt of OFWGKTA fame, Little Dragon, Tunde Adebimpe from TV on the Radio, Phantogram, Freddie Gibbs, Gangrene, Future Islands’ Samuel Herring, and more.

Lastly, Rockstar have massively improved the built-in video editing tools they gave us back in GTA IV. GameSpot got John Macpherson, lead gameplay designer at Rockstar Toronto, to talk a bit about what's new.

We've increased the number of options available so that players can manipulate film speed, depth of field, different kinds of camera positioning and the various blends between them, filters, and more. We have also expanded the ways that players can manipulate sound on their movies. Within the editor, players can add and edit multiple radio tracks to a single video, choosing from the huge range of score composed for the game as well select songs from the GTA V soundtrack and even in-game advertisements.

On top of all these additions to the editor is director mode. This gives players the opportunity to play and record their own scenes using any actor from GTA V including story and Heist crew characters, people on the street and even animals. As you play through the GTA V story, more and more character options will open up for you to use. You can also get them to speak specific lines of dialog or perform contextual actions, opening the door for amazing possibilities. You will also have control over details like time of day and weather, "Wanted" status and pedestrian density. Some of the classic cheats will open up too, bringing a ton of cinematic possibilities.

Once you’re finished, you can now share your videos directly to YouTube, and we will be working to support community creations through events and contests.

While many skeptics declared they wouldn't be buying GTAV on PC due to all the delays and the belief that Rockstar didn't care about the platform, Steam's bandwidth graphs paint a different picture. The image captured below shows that demand for the game is still absolutely huge, with an enormous increase in data transfer occurring as soon as the ability to preload went live.

People are making sure they get #GTAVPC preloaded in time. Check out the huge increase in bandwidth use on Steam! pic.twitter.com/1VS4lkkna1

Will I be able to play it?

Probably... Rockstar have tried their best so that even those with average PCs will still get the definitive experience. Of course, the game won't look as good as those playing it on super computers, but the important thing is it should be playable. If you're not sure, feel free to post your specs in our forums and we'll make educated guesses as to how it will perform for you.

The official trailer showcasing the PC version of GTAV has finally arrived in all its 60fps glory. Make sure you're watching on the most recent/powerful device you have for the best viewing experience.