Grand Theft Auto V takes us back to Los Santos, Rockstar's take on the real-life city of Los Angeles, first seen in GTA: San Andreas back in 2004. But GTA V's Los Santos is a drastic change from the one seen in San Andreas. Rockstar's Dan Houser provides a little background on why they chose Los Angeles again (having also used it in L.A. Noire and Midnight Club: LA since then), and what's different this time around.

Sam, my brother, more than anyone, but also the lead artist Aaron Garbut, were both really interested in the idea of doing a proper Los Angeles. We felt we hadn't done that with San Andreas - which was these very small, sketchlike cities. Los Angeles and the surrounding countryside would be very interesting, giving us good themes to play on and lots of good, different gameplay environments - something that could allude to the aspects of IV and allude to aspects of San Andreas, but still feel very fresh and different from both of them. 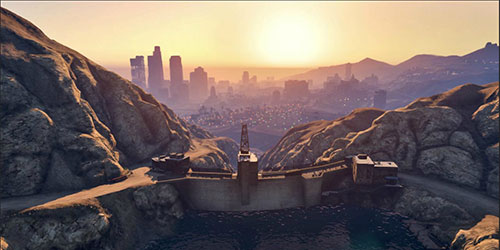 Some initially voiced concern about the size of Los Santos, thinking it would be a similar size to the Los Santos seen in San Andreas, and wondered why Rockstar wouldn't recreate the whole state of San Andreas again. The concerns, while valid, were to laid to rest when Rockstar's Aaron Garbut explained that GTA V's Los Santos is bigger than the worlds of San Andreas, Red Dead Redemption and GTA IV combined. Rockstar said this was a design decision, primarily driven on making the best possible experience - building a city and doing it properly, with L.A. being the largest city in the world area-wise.

Los Santos has been completely re-imagined and will feel completely different from the version seen in San Andreas, with few similarities, save for obvious landmarks. 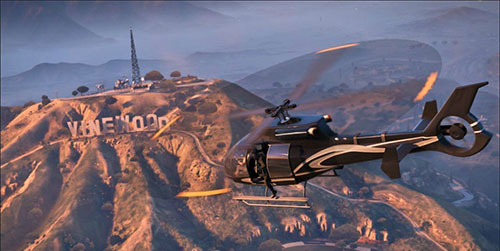 The map is incredibly diverse with varying geography. The expansive environment includes beachfronts, wine country, large wilderness area which surrounds Mt. Chiliad, a Salton Sea region, military base, sprawling suburban hills which lead up to the urban centre of Los Santos. The map doesn't stop there though. Los Santos also has a fully detailed ocean floor which you're able to dive down to and explore at your will.

While San Andreas focused on gang culture, GTAV focuses more on the contemporary culture of L.A. as a whole. GTA V is a lot broader and more detailed in every aspect. Rockstar have tried to capture the nuances that make a place feel real.

Rather than recreate the city from San Andreas, Rockstar went back to the real locations, in an effort to create an entirely fresh game world. L.A. is such a diverse place, a sprawling, larger-than-life city. Rockstar have toned down the sprawling nature, and compressed the city into something that never feels dull, but still contains everything it needs. 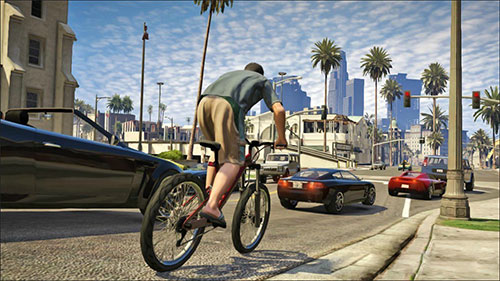