After almost a month since the game was originally set to be released, Take2 still can’t pinpoint a release date for Grand Theft Auto IV. Strauss Zelnick, chairman of Take2, refuses to give us a release date until they’re “utterly convinced” that they can commit to said date (unlike last time). Zelnick went on to say, “It’s a fair question given that we weren’t able to stick to our firm date the last time. We’re going to give a firm date when we are utterly convinced that we have it and that isn’t right now,” at a BMO Capital Markets conference yesterday.

Zelnick also mentioned about Rockstar missing the holiday season with such a big title, “I think there was a concern initially when we slipped that we missed the boat in terms of Christmas but I think that concern has been alleviated. I think most people see it as okay – hardware penetration is going to grow over Christmas and because this is a must-have title it's probably okay that we’re not selling it in the Christmas season.” This seems fine to me as well, after the holidays when everyone has a new Xbox 360 or PS3, and has already played through the big titles by second quarter `08, they’ll be dieing to play GTA IV! This might also possibly allow them to bundle-in the game in time for Christmas 2008, although unlikely.

Zelnick said that the exclusive content due out for the Xbox 360 version of the game would not play “A big role in terms of its contribution in 2008.” He continued, saying, “It’s something we ought to be doing and my guess is that’s where the industry is going. If you believe over time that package goods will be supplemented very much with online downloadable content, and you believe as I do that the future of playing interactive entertainment is networked multiplayer, then there’s every reason to believe that downloadable content makes all kinds of sense. And eventually if you have a packaged good and you sell upgrades it’s a pretty terrific business model for everyone. I think it could be really interesting, but to be clear, it’s not in our plans and we’re not relying on it for our success.”

Well I hope it's still coming out some time in March like retailers are saying. I don't think I'll be able to handle it if it gets released later than March...well...maybe I can, but still.

Now that I really think about it, maybe a later release date than March is better...at least for PS3 owners. Since Home is supposed to come out in March that'll give PS3 owners some time to play that while we wait for GTAIV.

who knows when it is now coming out, but eh, i just hope its coming out after Christmas.

No, that's not true, but its so not fair. I wanted to play GTA IV since october, and now we probably have to wait for spring 2008!

I'm sorry Rockstar and Take 2, but you are all parking up the wrong tree.

dam they didnt even mention wen it could be comn out, thats no good

When you think about it, October 08 is definitely a posibility and right now I wouldn't even be surprised if that was announced, slightly annoyed that it would be so long before I could play it, but still, at least they'd have all that time to perfect it.

So..they were disappointed at missing Christmas this year...so they're going for next year now? *sigh*

Eh, just gives me time to get money enough to buy a next gen console (not sure which) instead of having to wait for the PC version. Plus hype will increase, and thusly, sales. I wouldn't say it's all bad.

*sigh* I hope it isn't delayed any later than mid-2008. I'd love to be able to play it throughout the summer, but I guess delaying the game gives them more time to perfect the game, which, in the end could be a good thing.

I'd like to know where they're at with the game right now, because it should really be available now. I wanna' know how big of a miss "October 17th" was!

When you think about it, October 08 is definitely a posibility and right now I wouldn't even be surprised if that was announced, slightly annoyed that it would be so long before I could play it, but still, at least they'd have all that time to perfect it.

I think they already had enough time. Oct 2008 is just too much, and just isn't necessary.

I think when they said they had two thirds of the game done a couple of months ago, that must have been a ms judgement. Like MISHOM said I wouldn't really be surprised anymore if they release it in October 2008. We have had barely any information (on the game since the delay was announced.

As much as the delay sucks, I'd rather wait for a quality product that have some half-assed POS that was rushed to make a

I think we've all wasted money on those.

this delay should be acknowledged by R*, they should know that we're waiting for their big hit desperately

I think they could actually be making the game a bit longer. If they dont want to release it in March, April time they will have an extra couple of months to actually continue developing the game, making it longer. I know this will probably be unlikely becasue of the storyline but they may add some new features. I wouldn't expect a release date until after Christmas now. I think i tcould even be pushed back to Oct. 08'

I still see it coming out in March/April time, we all know they can be very secretive about some of their games, eg L.A Noire, which has almost disappeared off the face of the earth, and Alan Wake. I remain hopeful. If they do choose to delay it, then you'll just have to put it in the back of your mind and focus on other more important things.

Didn't rockstar say they were about 80% completed with it, but wasnt that for the xbox version only? i can't remember. But anyways i really dont think it will be released in october 08'. I know for sure alot of people may go 'off' rockstar waiting that long, plus it would dis-appoint too many fans. Im expecting it around sometime after xmas...i hope

Didn't rockstar say they were about 80% completed with it, but wasnt that for the xbox version only? i can't remember. But anyways i really dont think it will be released in october 08'. I know for sure alot of people may go 'off' rockstar waiting that long, plus it would dis-appoint too many fans. Im expecting it around sometime after xmas...i hope

Well what would disappoint fans more? A GTAVCS-type game in March or an epic well-made GTASA-type game in October? They have to now make two versions, they have to create good online game play, and they're making probably the best game for both the Xbox 360 and the PS3, let 'em take their time.

Remember, the more time they take the better the game they make. Just like Pixar with movies.

so it looks like the ps3 version is kind of....dragging it down if you get me

so it looks like the ps3 version is kind of....dragging it down if you get me

If the PS3 was dragging it down... Then they wouldn't do 2 separate figures... They'd just use the one. (as not to defer pS3 owners / prospective buyers of IV for the PS3)

The 360 may still encounter problems... we just don't know, or the PS3 may hit a massive developmental surge... again, we don't know. 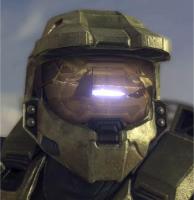 Source or don't say it.

If it DOES come out in the 2ndQ of 08, i think it'll be later rather than sooner.

I agree, I have a feeling it will either be February or April, one of those.