The Associated Press were recently given a preview of GTA IV from Dan Houser, and were also given some new screenshots. One of which has appeared online today courtesy of Yahoo. Unfortunately it's very low resolution, but hopefully we'll have a higher resolution version soon, as well as other low-res screenshots we've recently posted. Those shot textures look awesome. The smashing texture looks completely better than in San Andreas. Even the bullet holes look even better! This is definitely getting better!

Pwoahhh! Look carefully at the undamaged part of the car and you can see the paint job! Looks Metallic...

Wow! The bullet thing look so realistic. Hope we some more high-res ones soon.

Im bloody shocked with that screenshot, its very realistic, and if you look carefully at Niko's face expression you can tell he's trying to shoot someone thats making him angry lol

Car paint looks great and those bullet holes are just down right awesome. Just rided myself of the idea that GTA IV would have low-res textures. 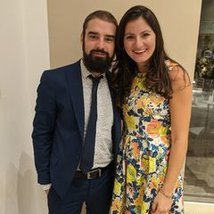 man look at he details, oh man oh man this game is goin to be a killer.

Yeah I noticed the paint job detail as well. Looks amazing, and the bullet holes are so much more better, they actually look realistic instead of holes in random places like in SA.

You really out did yourself chris

, look at that window its been shot so many times and only a little bit of it is just like real life, the bullet hole with the graphics it actually looks like the bullet holes are acually look ingraved in the car. I can't wait t'll april

Not bad, shot textures. Certainly an improvement, still not dead on but good enough for this sort of game.

And what a screenshot it is.

Bit odd to just release one single SS but it's a good one nevertheless.

Nice detailing and let's hope that the bulletholes etc stay on a car perminantly.