Mark866 from our own forums has found that PSM3 has released tons of new info on GTA IV. Some of it we already knew, but most of it is worth posting.

A lot of new info. I hope you don't have to learn how to swim, that would just suck balls. I see paying 0 to get your weapons returned to you has returned. The game is nearly done,

I'm really excited about the game and the more info that comes only fuel that excitement,

I can't wait til aprl. The concept of building friendships could be good but I hope its not like denise from sa, I hated her. Took her on dates just to shoot her lol thank god in gta that's ok.

Very nice info, it just gets me more hyped for the game. 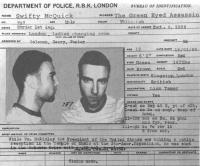