In honor of the release of Grand Theft Auto IV this April 29th, and its epic in-game soundtrack inspired by the diverse sounds of New York City -- Rockstar will be presenting and recommending this series of special music events in the New York metro area happening throughout the spring. Check back here frequently for up-to-date info as each event draws nearer as well as for info on more events to be announced.

20 screenshots were added to the site, and some (but not all) are brand new.

Check out all the new screenshots in our gallery.

The new Radio stations are not as good as i expected them to be but they did release a LOT of new screenshots and wallpapers which are quite cool. I made a topic to discuss the radio stations because i really don't like them for some reason... I wanna see some hip-hop, metal, rock and techno in the future but please no talk stations or more disco music.

Cool, checking this out now. Still a week until the 4th trailer, though.

Wtf are you talking about "The Radio Stations are bad!!" They're awesome...

Cant wait for the trailer.

Well the radio stations are ... good ... As for the screens

the boat one ( it is now my background ) ... The 2nd best one is the one with massive smoke and explossions ... never seen so much smoke in a GTA game

the picture of the character Bledar Morina on r* website sure looks like the same man being punched by niko in trailer 3 at 1:13

The picture with niko standing in front of the exploding cop cars is quite amazing. I havent seen anythinh like that in any GTAs before 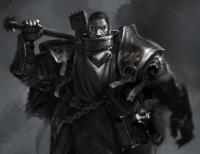 Can anyone tell me if the new GTA IV will be released for PC?

Thanks to all the moderators & administrators...