An exclusive USA Today article has finally revealed some details about the upcoming downloadable content for the Xbox 360 version of Grand Theft Auto IV. The episode will be called "The Lost and Damned" and will be released (presumably worldwide) on 17th February 2009. You'll be playing as Johnny Klebitz, and if you recognise the name, it's probably because you do meet him in single player a couple of times during the game, after which he is never seen again.

This new episode, available Feb. 17 via download exclusively for those who own the Xbox 360 version (no price yet), stars Johnny Klebitz, a member of Liberty City biker gang The Lost.

"Johnny is a very different character than Niko, with a very different background," says Dan Houser, vice president of creative development for Rockstar Games. "I can't go into too much detail on the story, because we try not to give away too much plot before the game is released. But I can say that the story will show you a different side of Liberty City."

The episode, titled The Lost and Damned, requires players to have the full version of the Mature-rated GTA IV (ages 17 and older) and an Xbox Live membership to download. It's likely to carry an M rating, too.

Sounds very interesting! The article goes on to say that in the original game, Niko did cross paths with The Lost several times, however in this, Niko only has a bit part. Dan Houser says:

"The story is not directly impacted by decisions you took in the main game," he says. But "tons of details and mysteries from the main story get explained, so it will add a lot of color to the main story."

Remember this is just the first of two episodes which will reportedly add hours of gameplay time. As quoted above there's no price set yet, we'll update you when we get confirmation on that but it's likely not going to be known until much nearer release. But there is a quote from Wedbush Morgan analyst Michael Pachter which says he:

[...] expects a price and says Rockstar could sell 2 million to 3 million downloads. "I see episodic content as a natural progression of the quality of downloadable content."

Sounds pretty great I guess it's for Xbox 360?

Its bit of a surprise that we'll be playing a a different character but atleast the Ps3 guys won't have to worry about missing out on the main story. Just wondering, being partly a GFW will the DLC be available for PC users?

No. Well, maybe. I doubt it anytime soon. Microsoft paid million for this. They're gonna want their money's worth. If it does come to PC (more likely than PS3 due to it being Microsoft) or PS3 then it'll be a long time after it's been out on 360.

Not to be a fanboy or anything because I'm actually getting a PS3 soon, but I would be gutted with this news if all I had was a PS3 for this game. When you put both episodes together, it's gonna be a hell of a lot of new content, and as Dan Houser states, "tons of details and mysteries from the main story get explained, so it will add a lot of color to the main story" - that bit interests me. I'm looking forward to this DLC now to see how it's gonna fit in.

EDIT: Just to clarify my point. The term "exclusive" is bandied about a lot in the gaming industry and has a somewhat vague definition. Sometimes it's only exclusive for a limited period of time, which is what could be the case here, that's why I'm saying it could come to other systems. Exclusive doesn't necessarily mean forever.

ffs, i dont like johnny that much, but i probz will after this

no harwood, thats what MS want

Haha well at least there's some good news about the DLC. It's lame it's coming out in a such a long time but whatever I guess I can wait. I'm also interested in the details from the main story because there were a lot of questions left after you finish the game.

why cant u just carry on niko anywayz, niko is awesome he has the most depth to him, claude had NO depth watsoever, tommy V had a bit but it was stupid, and CJ was just a knob, niko is the only 1 i like

AWESOME! I hope that it does come out for PS3 someday though. I don't care if it takes a whole year. An eventual PS3 release would be cool.

But hopefully someone will post the new missions on youtube so I could atleast watch it if I can't play it. 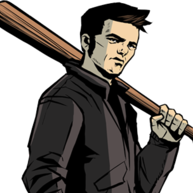 Sounds fantastic though. I did feel a bit lost when the main story missions were completed. As though the story ended ubruptly. Will eagerly await the 17th.