You can download the free update by checking for updates in iTunes or by going to the App Store on your device. If you don't already have the game head on over to the App Store where you can pick it up for .99 / £2.99 / €4,49.

For those of you with the Android version, that also got a very minor update a few days ago - v1.02 mainly provided bug fixes specifically for Samsung Galaxy S2 users.

In other related news, a couple of days ago Rockstar released high definition Vice City artwork that has been used to promote the 10th anniversary of the game, additionally, they've also released all the artwork, wallpapers and avatars created back in 2002 for the original game in high definition too. 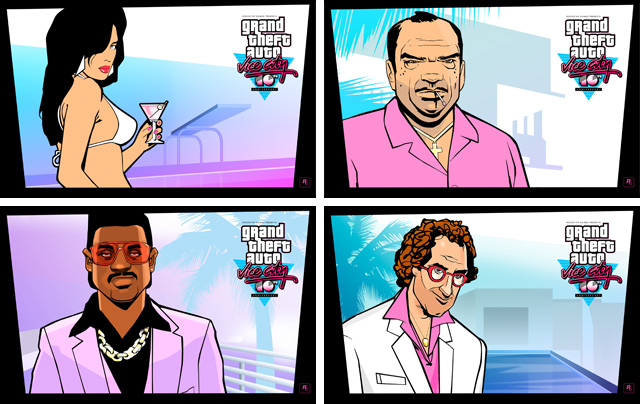 Grab 'em from the Rockstar Downloads page in all the popular desktop, social media background and avatar sizes.

Also, we're pleased to now offer the full range of sizes for all the original desktop artworks that were created for the Vice City website back in the day - these are also available from the Rockstar Downloads page as wallpapers, buddy icons and avatars.