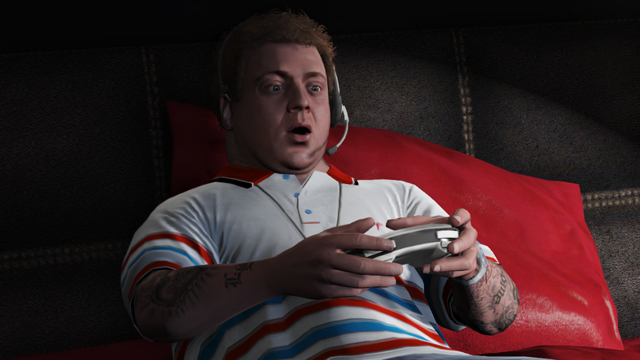 After a few weeks with no new GTAV info, Rockstar have posted up a new Asked & Answered article featuring questions that fans have put to them in recent weeks. If you can't be bothered to read through the questions and answers, here's an extremely brief summary of them:

Bring it on! It makes sense, they want to show all of what they have learned this generation since IV. I'm expecting Rockstar to showcase the technical aspects like gunplay from Max Payne, the customization, the economy and how we can spend our money, and more of each character's world area respectively. Should be fun.

Also, would love to hear anyone who is planning on not watching the gameplay series. A media blackout for a game like GTA seems very futile, you know all your friends will be talking about it, everyone on the forums will discuss it. Unless you avoid the internet. I'm not going to even consider it.

The two-disc requirement on the 360 version is expected, given the scale of the game. The proposed anti-cheat protection seems 'swell, although I'm worrying that it might impair modding on the PC version, even though it wouldn't be tampering with the gameplay at all.

No information about the ps4 version yet?

Kinda expected news regarding discs for PS3 and XB360, however, seems there's a growing discontent for PC gamers holding out on some kind of hope, Rockstar deleted a response calling them PC platform 'haters' and probably represented too much anger and resentment over the lack of PC TOO gaming from Rockstar, but there's hopefully more hope then I can muster at present. That response from Rockstar on Newswire makes me think there's less of a chance then we'd hoped

No information about the ps4 version yet?

This was posted on the PS blog by someone that I think is a Rockstar employee.

Hey there, thanks for your question. We are completely focused on delivering the best possible experience for the consoles people have right now, and we don’t have anything to share about the possibility of a next-gen release at this time.

If GTA V does end up being a launch title on next gen consoles, it'll probably drive their sales sky high.

That statement is widely adopted and not something new actually, Rockstar won't admit anything beyond a prior quoted interview with Dan Houser, who's much more believable as a source then nameless employees responding online, who said that when the Nintendo Wii U was set to release, that Rockstar would be looking at it, presumably buying the new hardware and taking the electronics for test drives to see what they like about it and what might work for a Rockstar game geared toward a specific system.

Again, considering a lengthy development beyond most companies' dev time, GTA as just one example, Red Dead Red being the other, 5 years is really half the life span of the popular consoles, and some might hope a handheld platform like PSVita can live just as long, the Sony PS Go certainly didn't 'go anywhere', but the PSP system was released in 2005. Something to keep in mind. When PSP was new, word on the newly fashioned CPU processor CELL was also making the trades, and it's basically seeing it's last widespread and adopted use in Playstation 3