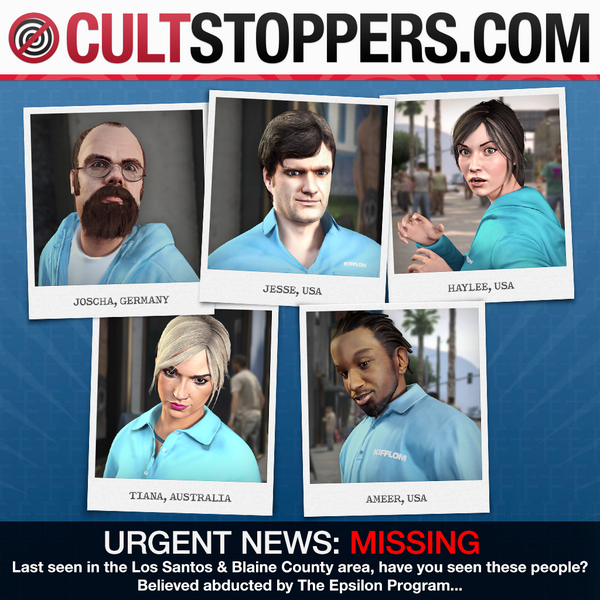 At least some of the "missing" characters pictured above appear to be Twitter users, as suggested in a tweet by Rockstar. They are presumably winners of the contest Rockstar held back in April.