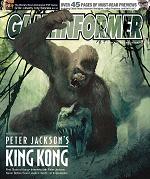 Subscribers to GameInformer magazine in the USA recently received their latest issue. In it is a nice preview of Liberty City Stories. In amongst the article are 4 new screenshots. Some new information is also in the article:

It sounds like the targetting system will be much better for us to use, judging by a quote in the magazine. They spoke to Rockstar's Todd Zuniga:

The targeting system is based on an improved version of the San Andreas scheme, making for what Zuniga feels is  "The best [targeting system] we've had so far."

GameInformer also comment on how impressive the game looks at this stage, and while they say popup issues are still be addressed it sounds like everything else is going smoothly!

We don't have any high quality shots for you but this low-quality scan which is not unreadable clearly shows you them.

Thanks to GTAPortable.com for the news.

yeah its great! I can't wait for them Gamespot and IGN previews. Not so long though...